Posted by Olivia at 4:46 AM No comments: 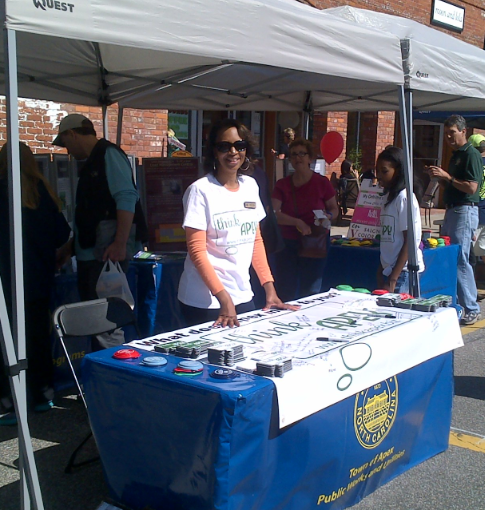 Council Woman Dozier has been promoting benefits of local purchasing since getting on the Apex Town council back in 2013. The “Think Apex” initiative was suggested by Council Woman Dozier as a way to promote Apex businesses by make residents aware of the local choices in their own community for goods and services. By bringing together a collective source of information she believes local relationships become stronger.

Molding this concept into a successful campaign required strategic decisions to fulfill short term and long term goals. The initial introduction of the concept was made at a “grassroots” level of engagement. This occurred at the annual Peakfest event in May, which attracts over 30,000 attendees each year.

Magnets and decals were selected for their effectiveness in mass distribution. The cost per item is low and providing a low cost per impression for a product with proven longevity for use. By utilizing products with sustainable impressions awareness, curiosity and interest in the program are yielded and will effect change.

During the Peakfest, our company encouraged Dozier to display an interactive banner which prompted the question, “What Does Apex Mean to You?” Attendees shared messages and words that summarized their thoughts about Apex. Her interaction with attendees combined with visual cues will generate a call to action guiding visitors to the new website www.thinkapex.biz created by the town of Apex. 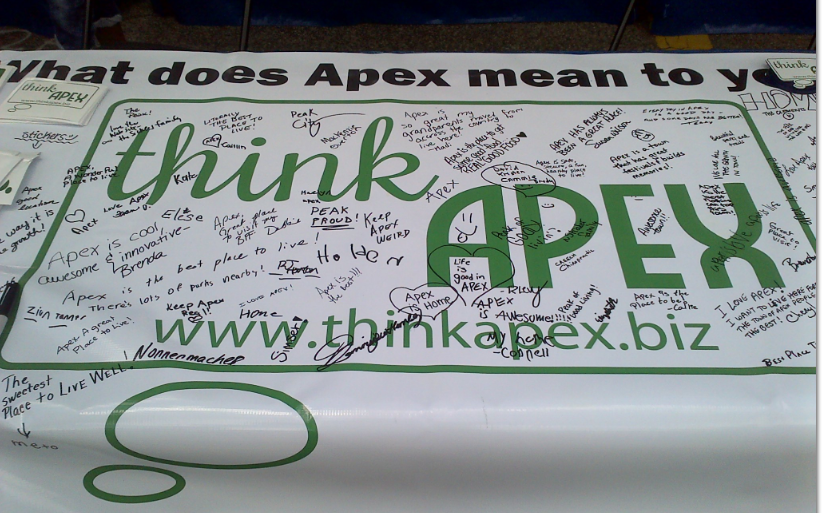 Are you launching a new product or service? Is your organization introducing an annual event?

Before beginning campaign things to consider should include:
To learn more about Dozier’s vision for this project visit our press tab- http://www.promotionalpartnersinc.com/press

There’s A Worm in the Apple

Apple…What is the first thing that pops into your head when you hear that word? Prior to about the year 2000, pretty much every person would respond with fruit or some variation of a food products. In the year 2015, is that actually what you think of now? Or is Apple, the powerhouse technology company mostly likely to come to mind as well as be in your possession.

Apple has grown to be one of the most popular and recognizable brands in the mobile technology industry. The brand however comes a premium cost associated with its products. This higher cost on product accessories such as chargers and connectors has lead to a large inventory of "knockoffs" in circulation.

Many promotional product suppliers began selling 8 pin and 30 pin connectors that were not certified by Apple to distributors over the past few years. There were complaints coming from users of these non certified connectors that these aftermarket chargers were damaging their devices. Additionally Apple was losing out on profits, causing them to react.

Apple began to send out cease-and-desist letters in 2014 to promotional product suppliers stating that compatible connector that were not using the certified pin were in violation of Apple’s intellectual property. Most companies were compliant with this request from Apple, even though the letter carried no actual legal liability. As a promotional distributor who chooses to partner with companies that maintain the highest levels of safety and technology certifications, we were compliant. Our suppliers were pulling this product from their shelves in late November 2014 and we were advising you of the changes, letting our clients know that Apple certified pin products would most likely roll out in early 2015.

Looking for products with the Apple pins-we have them from a trusted source.