What Does It Take To Be Exclusive?

We host plenty of events that are open to our local chamber friends for networking & brand education; however on August 30th, we have an exclusive event for our clients! What does it take to be invited you ask? Have you purchased from us this year? Then you are part of our exclusive invite list!

What can you expect from this event? 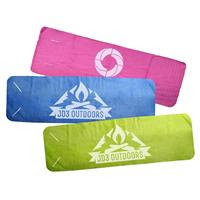 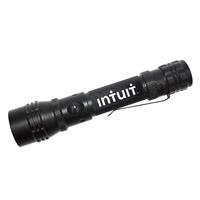 Over 60 products made solely in the United States!!

The USB Wall Charger & Night Light offering the ability for two devices to be charged at the same time, with folding prongs making it easy to be stored while traveling. The Plant Promoter Starter Kit. The Plant Promoter is a probiotic for the plant, not a chemical fertilizer, stimulating plant growth while being environmentally friendly. 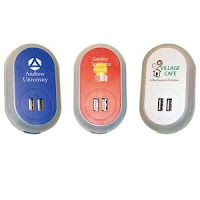 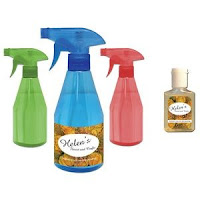 The company puts all products through a meticulous safety test to ensure that the products were made with quality. Hirsch Gift provides case studies and videos featuring products to help make your purchasing decisions easier.

JBL Go 2 Bluetooth Portable Speaker is one of many new products Hirsch Gift is offering. The waterproof speaker can stream music for up to five continuous hours and features a noise-cancelling speakerphone. The 3Plus Lite Activity Tracker tracks the number of steps taken, how many calories burned, distance traveled, and how many hours of sleep received. Because of the material content- the tracker is water- and dust-proof, so you can take it wherever you go. 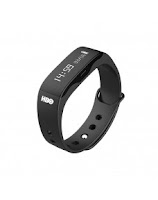 If you are looking for a badge reel that works- and can take the daily use; go with the original, this company INVENTED the badge reel! Additionally there are options for lanyards, I.D. tags, holders, badge reels and even fishing products.

What's hot?
The Mid-Size Retractor is designed to carry more weight than its previous model. The stronger spring allows for more keys and access cards to be attached. The ProGrip Rod and Paddle Gear Tether is better for the outdoors, with its ratchet mechanism that can lock in a fishin reel at five inch intervals. The tether features a forty-eight inch Kevlar cord, which can be helpful in securing kayak paddles, fishing rods, and canoe oars. 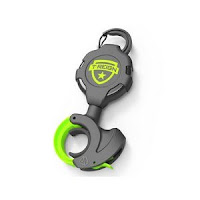 This company has numerous products that are made right here in the U.S.A. They have a wide variety of new products this year, like the Deep Etched Large 20oz Pub Glass and the 24oz Adriatic Collection Tumbler. The Pub Glass has an extra large capacity for drinks, while still keeping with the classic pub glass style. The 24oz Adriatic Collection is a double walled plastic tumbler, featuring a stainless steel accent along the bottom of the cup. The cup is available in eight different colors, and comes with a push on sliding lid.

Pentel, Inc. has been producing high quality products for over seventy years and invented roller ball technology in pens.


The company offers a line of writing instruments that are environmentally friendly and makes their blister cards and dozen boxes from recyclable materials. The two products featured below are some of the newer products Pentel has in stock. The 24/7 Roller Ball Pen has a sleek design with a cap. The ink comes in red, blue, green, and of course black. The e-Clic Mechanical Pencil has black lead, and continually feeds led into the tube so there is less breakage while writing. This is a "go to" line for our mortgage, attorney an title folks- when you write a lot you want a pen that writes well- THE RIGHT CHOICE! 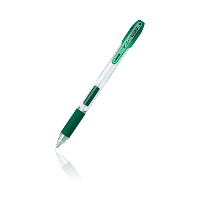 They have an assortment of products that are made in the United States, along with overseas.

Pinnacle Designs created The 3D Column Key Tag can be decorated on up to four sides with a logo.The key tag can be Antique Gold, Antique Silver, Black Nickel, Matte Silver, and Matte Gold. The Sublimated Two Sided Lanyard has a quick release & lobster claw, so attaching an I.D. tag is easy for the user. Two-color woven rope creates a lovely corporate or collegiate feel. 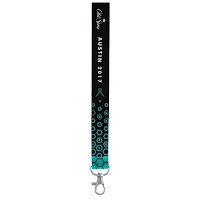 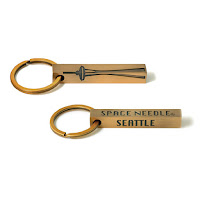 Do you recall the line in the song that put Mel B, Spice Girls, on the charts? " I'll tell you what I want, what I really, really want....."

Custom Bags are not hard- you just have to be willing to plan ahead! We have worked with a number of you to produce both overseas and domestic options for custom bags.

Learn more on the 30th about how easy it is to get what you REALLY WANT. We can create natural fiber- eco bags, plastic bags, gift euro bags, cotton bags, labels, ribbons, tissue paper, event totes, tool bags and backpacks! 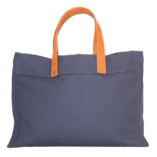 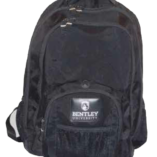 Many American made products- over 80 years of experience! Among the choices- no pun intended......a pencil that you can design; your choice!

Not only is Warwick Publishing an American-owned business, but all of their products are manufactured in the United States.

Two of Warwick Publishing's newest products are featured below-the Gold Stripes Welcome Greeting Card and the Pillow Box. The Gold Greeting Card has a gold foil imprint, and all envelopes are included. You can choose from three stock sentiments to put on your card before sending it out. The new Pillow Box is available in four sizes and is a unique substitute to gift boxes. The boxes are printed in full color on smooth and sturdy card stock, so you can know that these gift boxes will last. 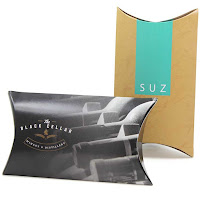 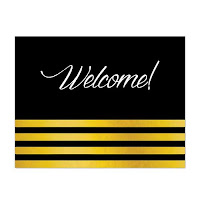 Wowline is known for their art supplies and sunglasses, but they have expanded their lines to include kitchenware and everyday utility tools.

The Collapsible Whisk can transition from a flat whisk to a balloon whisk just by turning a dial. The whisk is available in black, blue, and kiwi green. On the right, the 5-in-1 BBQ tool is a spatula, corkscrew, basting brush, grill fork, and of course a bottle opener all in one tool. Convenient and useful, this tool is great for special summer events. 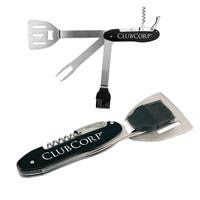 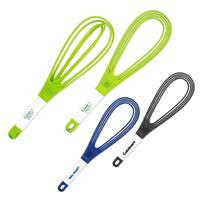 Register now for this exclusive event!

Posted by Olivia at 7:36 AM No comments:

Rainbows, Eyes In The Back Of Your Head & Magic Plants!

Is this the start of a fairy tale? It seems like one when you consider that touching a plant does not usually change music selections, mood cups are usually offer one color change and do you want to be able to monitor your world- 360? Take a look at this new product selections from our friends at Aakron Line and weigh in; we'd love to know what you'd use!


This is not your typical color changing cup-when a cold drink is poured into it, the cup turns from translucent to the colors of the rainbow! This small detail makes the stadium cup even more fun to use on a hot day. 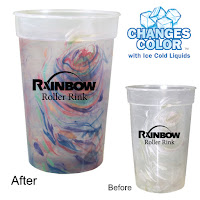 This potted plant has some exciting secret features, such as: 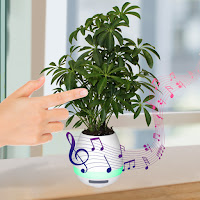 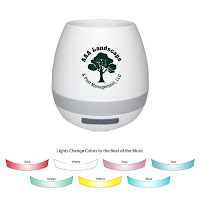 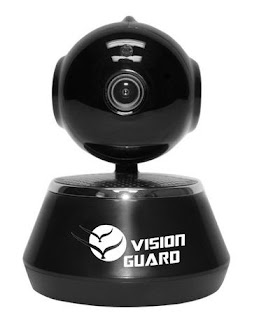 WiFi Smart Camera
Along the lines of fairy tales- now it's not a tall tail; you CAN actually watch what's going on around you!


Which is your favorite?

Posted by Olivia at 5:06 AM No comments:

How Do You Rank With Employee Motivation?

How do you rank with your employees for motivation?

It's pretty simple, when you feel valued & appreciated you work harder. I was meeting with a client recently, who was going to leave what "looking from the outside" appears to be a dynamic company- but from the inside the view was not so inspiring.

FACT: Numerous studies indicate that employees rank acknowledgment of their efforts more important than many other means of motivation.

FACT: Customized items are usually proudly displayed by the recipient in their place of employment or in their home.


FACT: The process of creating custom designs is simple. It only takes a brief discussion to get started.

FACT: Within 24-48 hours you will receive a FREE rendering of what we propose is a potential option for consideration. From this initial image we collaborate and re-design as required to fulfill your vision. Our partnering manufacturer has over 50 years of custom design experience with thousands of successful projects in their gallery! We are totally committed to the process until you are completely satisfied with the item and price.

FACT: The process is quick and easy and renderings are FREE.

FACT: Custom orders generally
start at a quantity of 25

FACT: Frequently, quantities of 100+ can be more affordable than many stock items!

For example, Custom Lucite/Acrylic is an Ideal material to showcase your brand or message.

We can fabricate acrylic by itself or in connection with other materials. Designs can include wood, metal, aluminum and marble. 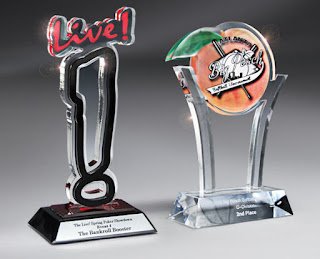 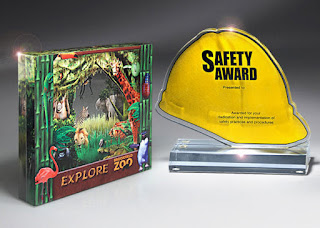 How To Buy Wireless Chargers

​More and more people are powering up their devices without plugging in. Now that major phone manufacturers are integrating wireless charging, there is no need for different cables that fit in various phones. Below is everything to know to determine the best wireless charging device for your next promotion. 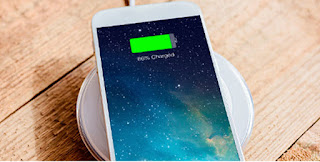 Why should you pay attention to this new technology?

Wireless charging is growing fast. The global wireless charging market is expected to reach $37.2 billion by 2022, representing growth of 44.7% from 2016 (Allied Market Research).

Much of its increased attention and popularity came when the iPhone X, iPhone 8, and iPhone 8 Plus became the first Apple phones to integrate wireless charging. This gave demand for wireless chargers an immense boost, and doesn't appear to be slowing anytime soon.

A wireless phone charger is becoming a pretty universal way to promote a brand – it is not limited to just tech companies and trend-focused organizations that market towards younger audiences. Almost everyone has a phone, and with the new iPhones in circulation, wireless charging is everywhere. Let's also recognize the awe created when simply placing a phone on a pad recharges it, without cumbersome wires.

So where do you start? To help you understand the technological differences in this trend, a few products are pictured below.


Wireless Charging Pads
A wireless charging pad is a small platform you place your phone on to charge it. Though not entirely wireless, because it needs to be plugged into a wall outlet, they free you from having to plug a cable directly into your phone. Wireless charging pads come in a variety of colors and materials, so whichever appearance suits your fancy will work.


Wireless Charging Power Banks
These power banks charge phones without requiring an outlet. Simply charge this device as you would a traditional power bank, and your phone can charge on the go without any cables.


Qi Standard
Qi (pronounced "chee") is THE universal standard for wireless power transfer. It's the only standard that can be built into phones from the major phone manufacturers. More than 140 phone models from major manufacturers are Qi-enabled. Qi is not the only wireless charging method available, but it is the first to be supported by the largest and most influential smartphone manufacturers: Samsung and Apple.


The Bottom Line:
Wireless charging is one of the most important movements in tech right now. These new products from our friends at Leed's will help you to align your brand with this cutting-edge technology.

What's your favorite?
Posted by Olivia at 9:10 AM 1 comment: